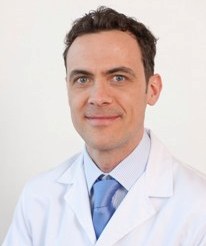 Daniel Haschtmann is a consultant spine surgeon at the Spine Center Schulthess Clinic Zurich. In 2002, he received the doctor of medicine from the Institute of Microbiology and Infectious Medicine, Charité Berlin, Germany. In the same year, he started an orthopaedic residency program at the Charité - University Medicine Berlin, Campus Benjamin Franklin, Department of Trauma- and Reconstructive Surgery. At that time, he was involved in research projects on hip arthroplasty with analysis of radiographic implant migration and survival, clinical outcome as well as supervision of medical doctor thesis students. From 2004 to 2006, he worked as a research fellow at the MEM Research Center for Orthopaedic Surgery, University Bern, Switzerland, investigating posttraumatic intervertebral disc degeneration. He continued the orthopaedic residency program in Switzerland at the Hirslanden Salem Hospital Bern, Ziegler, and Tiefenau Hospitals Bern, Schulthess Clinic Zurich and passed the final exam in 2010. Since 2010, he has been working at the Schulthess Clinic, first as a spine fellow and since 2012, as a consultant. His current research focus is on early onset spinal deformities (EOSD), intervertebral disc biology and immune reaction, and radiographic image analysis in collaboration with the ETH Zurich and the ISTB at the University of Bern. He has been continuously teaching medical students (bedside, propaedeutic), supervising PhD and master students and held several lectures for medical professionals.