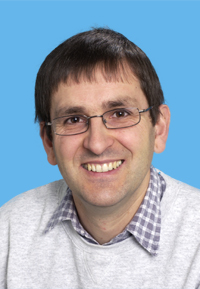 Martin Kompis is associate professor for biomedical engineering and acoustics at the University of Bern, Switzerland. He received his Masters degree and his Ph.D. degree in electrical engineering from the Swiss Federal Institute of Technology (ETH) in Zurich in 1989 and 1993. He received his diploma in medicine and his M.D. degree from the University in Zurich in 1994 and 1995. His Ph.D. and M.D. theses focused on noise reduction schemes for hearing aids and on the development of a lung sound simulator for teaching purposes. He developed an acoustic imaging system for the human thorax during a stay at the Purdue University, Indiana (U.S.A.) between 1995 and 1996. Since 1997 he has been the head of audiology at the department of otolaryngology at the University Hospital of Bern. He has received several prices for his research on improved speech understanding for the hard-of-hearing and has published numerous scientific papers and a text book on audiology.