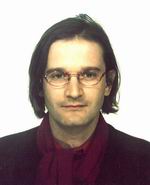 University of Bern, Department of Physiology

Jan Kucera obtained his medical degree at the University of Lausanne (1992). After one year of hospital practice, he pursued a doctoral thesis in cardiac electrophysiology in the laboratory of Prof. Stephan Rohr at the Department of Physiology. In 2000-2002, he was a visiting scholar in the Department of Biomedical Engineering at Case Western Reserve University (Cleveland, USA, Prof. Yoram Rudy), where he investigated action potential propagation in cardiac tissue using mathematical models of cardiac electrical function. Back in Bern, he implemented this methodology together with experimental techniques (patterned cultures of cardiac cells grown on microelectrode arrays) to conduct his own research. He obtained the "Venia docendi" in 2008 and was appointed associate professor in 2010. In the Master of Science program in Biomedical Engineering, he teaches renal and gastrointestinal physiology.