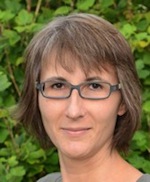 Barbara Rothen-Rutishauser received her Ph.D. in Cell Biology at the Swiss Federal Institute of Technology (ETH) in Zurich in 1996. From 1996 to 2000, she held a post-doctoral position in Biopharmacy at the Institute of Pharmaceutical Sciences at the ETH where she developed and characterised cell culture models for drug transport studies. In 2000, she joined Prof. Peter Gehr’s research group at the Institute of Anatomy, University of Bern, Switzerland. During the period of her research, B. Rothen-Rutishauser has become an expert in the field of cell-nanoparticle interactions in the lung, with a special focus on lung cell culture models and various microscopy techniques such as laser scanning and transmission electron microscopy. In addition, she has overlooked the establishment of a wide-variety of commonly used and specialist cell biology assay methods within her research group. Since 2011, she has been an independent group leader at the Respiratory Medicine, Department of Clinical Research and Bern University Hospital, Switzerland. In July 2011, she became the new chair in BioNanomaterials at the Adolphe Merkle Institute, University of Fribourg, Switzerland. This position is shared equally with Prof. Alke Fink.