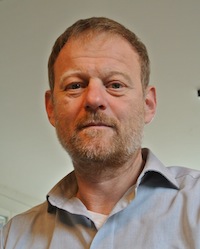 Christoph Meier obtained a mechanical engineering diploma degree from the School of Engineering, HTL Biel, in 1982. After working three years in industry, mainly in the field of software development, he studied physics at the University of Neuchâtel and obtained the master degree in 1992. Since 1991 he has been working at the Bern University of Applied Science, division of micro- and medical technology, as professor of physics and electrical technology. In 2001, he was elected professor of optics and is now head of the optics research group called OptoLab. In 2008, he worked as visiting researcher at the School of Optometry and Vision science at Cardiff University in the group of W. Drexler. The current research and development activities at OptoLab are in the field of optical sensing with a strong focus on Optical Coherence Tomography OCT.